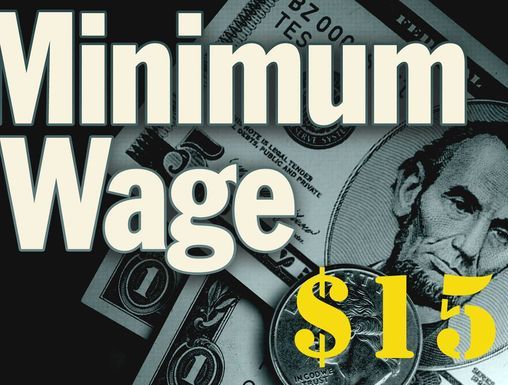 Both cities, Portland, Maine and Tacoma Washington, had ballot initiatives this election day with very different results.  Both initiatives had aimed at raising the minimum wage to 15 dollars an hour.  While both failed to reach 15 dollars per hour, both cities will be increasing their minimum wage rate over the next few years.

In Tacoma Washington, a two part ballot initiative asked first if the minimum wage should be raised, and then gave a choice of either a 15 dollar per hour minimum wage, effective immediately, or a 12 dollar minimum wage phased in over 2 years.  The ballot measure was approved, effectively raising the minimum wage, but the 15 dollar rate was defeated in deference for the 12 dollar phased in rate.  The current 9.77 minimum wage will increase to 10.35 on February 1st, 2016 and will reach 12.00 per hour by January 1st 2018.  While activists in the “15 Now Tacoma Campaign” obviously wanted another result, they are content in that the minimum wage is increasing in their city.

Meanwhile in Portland, Maine, a heavily democratic city, a green party backed ballot initiative to increase the Minimum wage to 15 dollars per hour has been defeated by a large margin. One reason for this resounding defeat of the 15 dollar minimum wage is that the greens were outspent by the business community 100 to 1, making it difficult for them to get their message to the voters.  Another major factor in the defeat of the ballot initiative is perhaps that many voters thought the initiative was un-necessary, since the city council of Portland had already increased the minimum wage in a vote this past summer.  The moderate increase approved by the council begins on January 1st, 2016, when the current 7.50 minimum wage is increased to 10.10 per hour with a further increase to 10.68 per hour set for Jan 1st, 2017.  Subsequent increases to the minimum wage were set by the council to the inflation rate of the consumer price index.

Be the first to comment on "The quest for a 15 dollar an hour minimum wage: A tale of two ballot initiatives on Election Day in cities 3,000 miles apart."