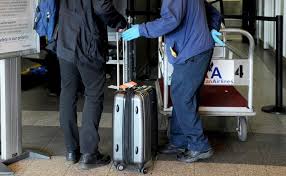 On Thursday, September 27, 2018, the Port Authority of New York and New Jersey unanimously approved a minimum wage increase for airport workers, making this raise “the highest minimum wage target set by any public agency in the country” according to the NY Times (McGeehan, 9/27/18). The raise approves minimum wage increases to reach $19 per hour by 2023, and applies to some 40,000 airport workers at New York’s JFK and LaGuardia Airports as well as New Jersey’s Newark Airport.

The move marks a significant departure from previous decisions in this matter due, in part, to the involvement of NY Governor Andrew Cuomo. In an unprecedented move, Governor Cuomo met with the Port Authority board in Jersey City to request they vote in favor of the raise. Until now, workers at New Jersey’s Newark Airport have made significantly less than their counterparts across the river in New York because of New York’s higher minimum wage.

The first stepped pay increase is scheduled for November 1, raising minimum pay at New York airports to $13.60 and New Jersey to $12.45.