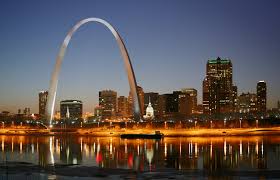 St. Louis has now joined several other municipalities including Seattle, Los Angeles, San Francisco, Oakland, Berkeley and New York by raising their minimum wage above both the federal and their own state’s rate. The St. Louis’ Board of Alderman passed and Mayor Francis Slay signed into law the bill that would raise the minimum wage in St. Louis from the current state minimum of $7.65 to $11.00 by 2018. The raise is to be incremental, starting with the first increase to $8.25 an hour in October, then to $9.00 on Jan. 1, 2016, $10.00 an hour in 2017, and the final raise to $11.00 an hour on Jan. 1, 2018.

Missouri Gov. Jay Nixon vetoed a bill in July of this year that would have blocked cities from raising the minimum wage beyond the state’s level. Lawmakers may try to override the Governors veto in a special legislative session in September. By passing this bill now, St Louis has avoided a possible ban on municipalities setting their own minimum wage, should the Missouri state legislature be successful in overturning the Governors veto.

Be the first to comment on "St. Louis has now joined several other municipalities by raising their minimum wage"