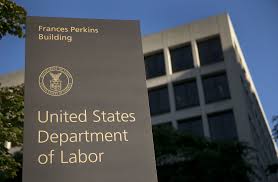 With the recent rise of minimum wage above the federal minimum wage by cities and localities, it is feared that without stronger enforcement many workers will be cheated out of their legal wage. Back in December 2014 a Department of Labor report estimated that there were 560,000 violations of minimum wage laws totaling 33 million dollars, in New York and California alone! The Department of labor Statistics stated in 2014 that nation wide approximately 1.7 million workers, 2/3 or them woman, were paid less than the federally mandated minimum wage of 7.25 per hour. The Department of Labors 1,000 investigators already have a daunting job trying to police 7.3 million businesses and their 135 million employees. In the last fiscal year, federal investigators recovered $270 million in back wages for 270,000 workers.

8 Comments on "Without stronger enforcement, the number of workers getting cheated out of a legal wage is bound to increase in places where the minimum wage increases."