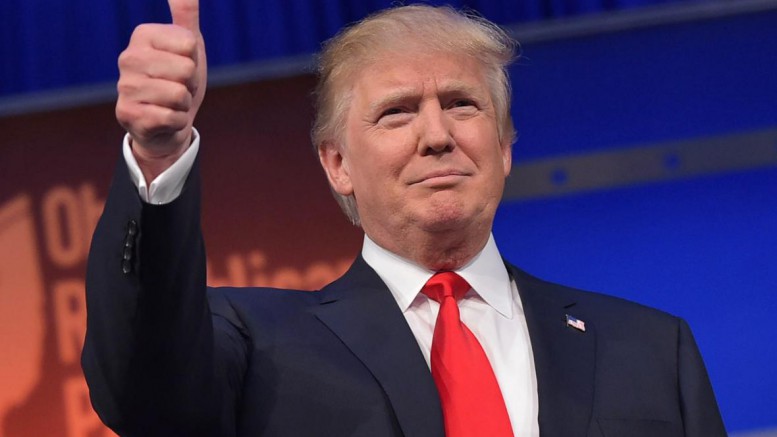 During the past year of the Republican primaries and now with the shift to the general election, Donald Trump’s stance on the issue of minimum wage has evolved from believing that the current minimum wage is too high, to his current position of acknowledging that the minimum wage is inadequate to live on and deferring the issue to the individual states.

During the Republican debate of November 2015, the candidates where asked how they felt about protesters demanding a hike in the minimum wage to $15 per hour.  His response was: “….wages are too high, we’re not going to be able to compete against the world”.   He continued,” I hate to say it, but we have to leave it the way it is. People have to work really hard and have to get into the upper stratum.  But we cannot do this if we are to compete with the rest of the world.  We just can’t do it.  I would not do it.”  Then during an appearance on MSNBC’s Morning Joe he commented that the current minimum wage is too high and it is slowing job growth.

Mr. Trump began to shift his view in December 2015, after several Democratic party attacks on his minimum wage stance and specifically when Democratic candidate Bernie Saunders attacked Mr. Trump on his statement that “wages are too high”, stating:  “Look, many of Mr. Trumps supporters are working class people, and they’re angry”.  He continued, “They’re angry because they’re working longer hours for lower wages, they’re angry because their jobs have left this country for China or other low wage countries……this is a guy who does not want to raise the minimum wage.  In fact, he has said he thinks the wages in America are too high….”  Mr. Trump quickly responded in a series of tweets that he actually believes that wages are too low.

Fast forward to May 2016 and the end of the Republican primaries, with Donald Trump the winner and presumptive Republican candidate for President.  While on the Sunday political talk shows “Meet the Press” and “This Week”, Mr. Trump seems to have pivoted his stance once again on minimum wage.  “I have seen what’s going on and I don’t know how people make it on $7.25″, he told NBC’s “Meet the Press”.  When asked about minimum wage during these interviews he said “I am looking at it and I haven’t decided in terms of numbers”.  When asked if the federal government should “set a floor” Mr. Trump replied “No, I’d rather have the states go out and do what they have to do”.

So it seems that Mr. Trump’s current thoughts on minimum wage are that the current minimum is not sufficient to live on, but he feels the individual states, not the federal government should pass laws setting minimum wage standards.  Now that we have shifted to the general election it will be interesting to see if Donald Trump will shift his stance again.  In a future article we will review running mate Mike Pence’s views on minimum wage.

6 Comments on "Minimum Wage: The evolving stance of Donald Trump"